There are many ways to test the cellular signal enhancement equipment we sell. This year I have gone beyond the standard vehicle and home testing as my passion for boating and a close friend that is a professional Yacht Captain has allowed me to crew two boat trips on the Tennessee, Cumberland, Ohio and Mississippi rivers. Since May I have logged close to 2000 miles on the water while thoroughly testing several cellular signal enhancement devices offered by wpsantennas.com. 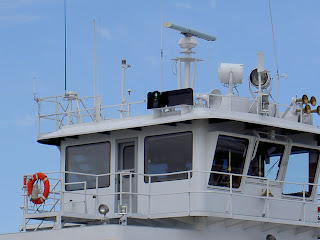 The discovery that I made was that the signal propagation from the cellular towers is poor in the river valleys and that the use of a cellular signal booster is imperative for both recreational boaters and commercial barge tugboats. I noticed immediately that every commercial tugboat that I passed had at least one but often times numerous cellular antennas likely mated to cellular signal boosters. Barge staff is deployed for 30 days so communication via personal cellular telephones and internet access via wireless modems is their only means of communication. 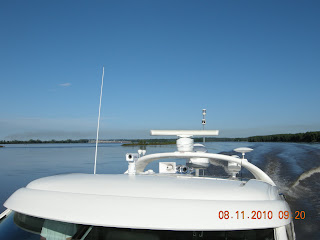 My most recent trip from Green Turtle Bay in Grand Rivers Kentucky to Lake City Minnesota was aboard a two million dollar 60 foot Sea-Ray with over one hundred thousand dollars of electronics. The Wilson Sleek model 815226 mated with the Wilson 12” magnetic antenna is the kit that I chose for this trip as I was limited on the carryon items that I could bring on the flight from Rochester to Paducah. 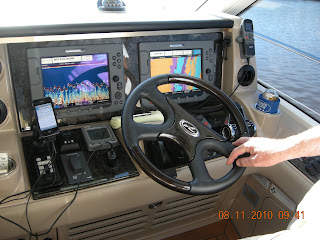 The Wilson Sleek proved to be a major asset in enhancing my cellular and data communication throughout the trip. There were several occasions that I found the phone in the Sleek cradle read full signal when other phones on the vessel read no service or had only displayed  one bar of signal. The optional suction cup window/dash mount
901132 was used to portabally mount the Wilson Sleek signal booster to the dash. 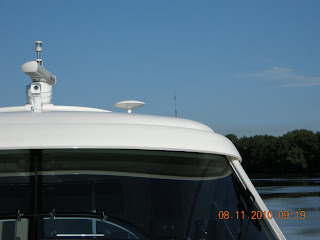 I affixed the antenna to the roof using the small grounding disc part number 859931 as the roof is composed of fiberglass. For a fixed application the Wilson 301130 would be the logical choice.

The Wilson Sleek is available from wpsantennas.com for a limited time at an introductory price of $99.
Posted by Matt Larson at 9:51 AM