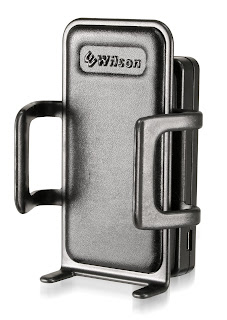 wpsantennas.com is excited to announce the next version of the very popular vehicle portable cell phone signal booster Wilson Sleek.
The new Sleek 4G-V will be making its debut at CES 2012 with the product release sometime in mid 2012.
Designed around the same successful and very popular Wilson Sleek Cellular-PCS 815226 the Sleek 4G-V cell phone signal booster enhances the signal for the Verizon Wireless LTE network on 4G phones, while also covering the voice signal for all major carriers in North America, including 2G and 3G.
The Wilson Sleek LTE 4G-V is the first 4G signal booster built for use in a vehicle. Users can expect up to a 20 dB gain on the 4G LTE Verizon Network when their device is placed in the Sleek 4G cradle. We do not have the complete details on the device at at this time but look forward to testing the all new Wilson Sleek 4G-V Cellphone Signal Booster for Verizon LTE.
Posted by Matt Larson at 8:12 PM